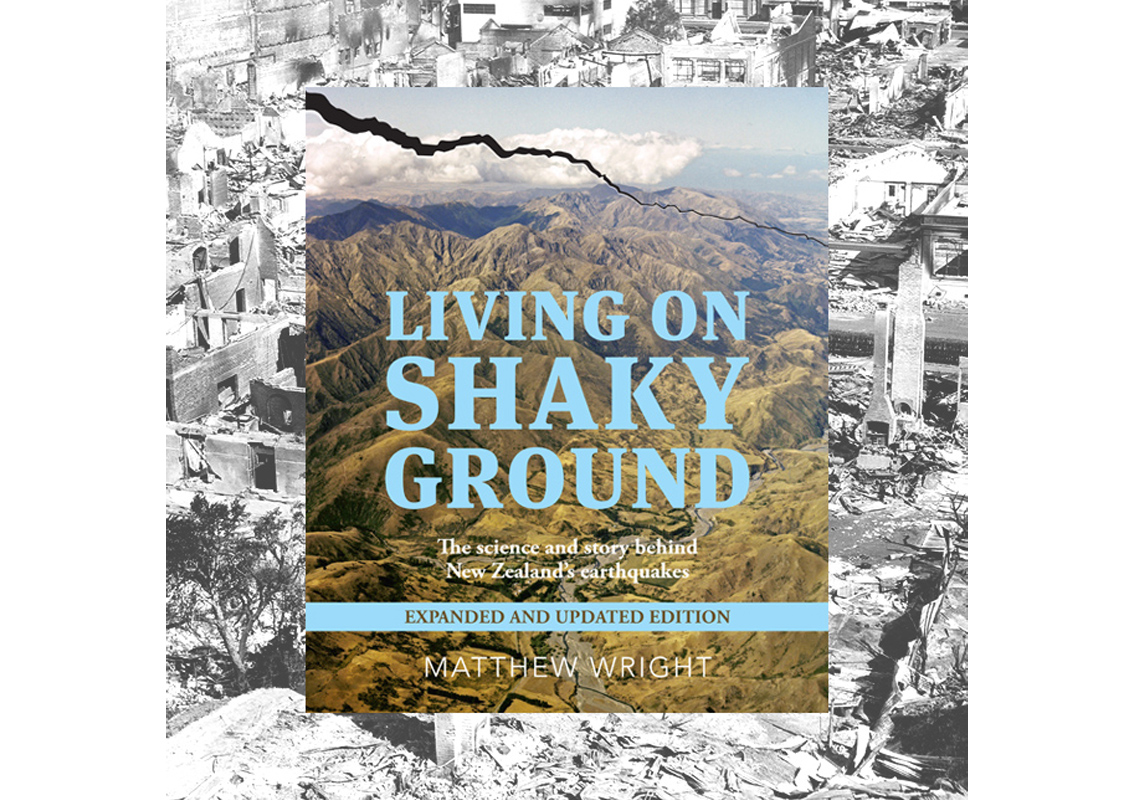 What makes our isles so shaky? Why was Christchurch not the first of our big quakes? Any why won’t it be our last?

This book investigates our turbulent tectonics. It tells us how earthquakes are measured and described, and how scientists predict future shakes. It details New Zealand’s lesser-known quakes, quakes that have had deadly consequences, and the tremors that recently hit the lower North Island.

With gripping photographs, personal accounts, and diagrams from GNS Science, Living on Shaky Ground is a must-read for New Zealanders. We all need to know what has happened in the past, the science behind it, and what’s next. Now fully updated and revised, including the 2016 magnitude 7.8 Kaikōura quake and a new coda from the author.

Matthew Wright is one of New Zealand’s most published historians, with his work receiving both academic and popular recognition. He has written over 50 books, including a significant general history of New Zealand, a major biography of Donald McLean, and books on the New Zealand Wars, the evolution of New Zealand society, and the social impact of the First World War. His most recent book, Waitangi: A Living Treaty was published in 2019. He is a Fellow of the Royal Historical Society at University College, London.

Available to buy nationwide and online in February 2020!

A tribute to Gordon McLauchlan